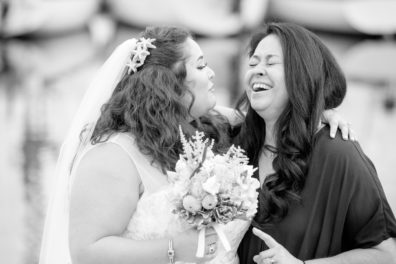 For nearly 70 years, the Mom of the Year Award has recognized moms who have made an impact on their child’s collegiate experience at Washington State University. This year, the award is proudly sponsored by BECU.

WSU Pullman has canceled its annual Mom’s Weekend festivities, which had been scheduled for early April. This move was made in accordance with guidance from state health officials to limit large gatherings in light of the growing COVID-19 pandemic.

The University will contact the promoter of the Macklemore concert scheduled for April 4 to determine the status of that performance.

For updates on COVID-19 at WSU please visit wsu.edu/covid-19

Rebecca has not only made an impact on her daughter’s life at WSU, but she’s also been a positive influence on her daughter’s friend’s lives. “In addition to serving as my mother, she has gone above and beyond the call of motherly duties to be a surrogate mother to my friends in Pullman. She sends letters and gifts to my friends who are not as supported as I am, and by doing this, she has truly changed how my friends see themselves and in turn, it has positively impacted their time at WSU.”

Rebecca would come down to Pullman for Thanksgiving to host, she would have her daughter invite friends and peers who couldn’t go home to celebrate with their families. She has helped her daughter along with others financially and has always been supportive of their hard work while getting their graduate degree.“My friends and I often struggle financially and emotionally due to the struggles of graduate school.  Realizing these stressors, she has sent my friends money for groceries and has helped them with going to academic conferences even when she does not personally have the funds.”

Mama K, as everyone calls her is “truly the embodiment of the Cougs helping Cougs spirit.”

Rose worked hard and overcame a lot of adversity to provide a better life for her family. “She grew up poor in a rural area of the Philippines but was determined to go to college. Upon coming to America she became a real estate agent. She was the only female and only Asian in her office, but that didn’t bother her. At the end of the year, she was the first Asian AND first woman to be awarded the top-selling agent in Washington.”

Rose made sure her children received a good education, as a single mother she worked three jobs to keep her children in private school. When her daughter, Malu, wanted to go to college, Rose provided her a loan and offered to watch her son for her while she attended school in Pullman. “My mom empowers me to grow as a mother and as a student. My mom knew that getting a degree in Journalism would help me fulfill my dream of being a news reporter.”

Rose is “an exemplary member of the Filipino community in Seattle.” “Many women look up to her and she mentors them.”

Through smiles and laughter—as well as strength and compassion—Ginger Villanueva brightens the lives of people around her. “She has helped people in the community we live in, she helps her coworkers, she helps strangers,” said her daughter, Karla. “But most importantly, she helps me be a better person.”

Ginger has been a constant source of strength for her family during difficult times. After losing her husband, Ginger raised her four children on her own. And this past year, she left work to care for her son, who was diagnosed with Leukemia. She did not leave the hospital during the 46 days he was receiving treatment.

Ginger also ensures that her family has meaningful opportunities to connect. She hosts daily family dinners, which have become Karla’s favorite part of returning home.

“My mother has many traits; she is smart, beautiful, understanding, lovable, and polite,” Karla said. “Her greatest trait is being a mother. She was meant to be the greatest mother out there.”

Maria has always worked long hours and cared for several other children, her daughter, Kelly, wrote in her nomination.

Maria lived through the civil war in El Salvador as a child and had to flee the country at the age of 14. Kelly wrote that her mom has overcome language barriers, discrimination, and PTSD that she developed during the war.

“Her determination has shown me that I am capable of anything, and that with a determined soul I can move forward and succeed just like she has. I am very proud to know that this woman, who has overcome such hardships, is the woman I get to proudly call my mom.”

A domestic violence survivor, Brenda Welch has fought through mental and physical trauma, and has repeatedly put the care of herself and her children first. She has demonstrated perseverance to her community and to her children. Her daughter Saurina says “With such a strong woman as a role model, my sisters and I have been taught resilience, and the power of our voices. We have been taught to talk away from someone who doesn’t treat us with respect, and we have been taught to understand the value of our lives.” Today, Brenda is a continual source of strength to her three daughters. She is a huge supporter of her daughter’s dance classes and is constantly backstage for competitions and conventions. Brenda met every goal set for her at the hospital and can once again drive and is back to work as a childcare provider.

2015’s Mom of the Year Naseem Shah was sent by her family to the U.S. from her war-torn hometown in India when she was only 13 years old. She overcame racism, discrimination, and other hardships to eventually earn a college degree, marry, and raise three daughters.

Today, she works tirelessly to support low income families in her community through a local Head Start program. Her spare time is devoted to actively supporting fair trade in rural Indian communities through the business that she and her husband created. According to her daughter Nasreen, she “captures the spirit of service to others and is a woman of great character and resilience,” and “it is with her love and support that I continue to thrive as a graduate student at WSU.”

In her nomination form, Nicole Cristobal wrote about the struggles her mother Laura had to overcome since she was a child: experiencing abuse at the hands of a family member while growing up, going through a divorce, being homeless and raising two children on her own. Even though Laura experienced these difficult things, she never made her children feel like they were victims of the system, but instead, made them see that there is power in adversity. Nicole stated “I was raised with pride, not embarrassment, because I know that if I did not have those experiences I would not be who or where I am today.” Nicole closed her letter with “People tell me how I am a strong woman, but how can I not be when my mom was my primary role model growing up?”

Maria Blackburn, the 2012 Mom of the Year recipient, sacrificed her free time and energy so her two oldest children could attend WSU. Maria is the mother of WSU students Bryan Blackburn and Krystal Blackburn Funk. Maria works as a full-time social worker and a care nurse for her youngest son, Derryck, who has muscular dystrophy and autism.
“She’s been sacrificing a lot of her free time, a lot of her energy and everything so that me and my sister can continue on our education while she stays at home as a single parent taking care of a son with disabilities,” her son Bryan said.
“I do what a lot of mothers do in the situation,” Maria said. “We just don’t think; we just do it. There are no other options.”

Dorris Brueggeman and her husband adopted their daughter Nikki despite the many difficulties and the discrimination they faced during the process due to Dorris’s blindness.
“Because of her blindness my mother was unable to act like a traditional mother, driving me to school or extracurricular activities, but this did not stop her from making sure I was able to have a normal and happy childhood,” Nikki said. “I owe my mother everything. If not for this woman, I do not know where I would be. She has raised me, nurtured me, [and] punished me when I deserved it, comforted me and saved my life from myself.”

Since moving from Mexico eight years ago, Salas has worked in apple and cherry orchards, prepared food for field workers, and even made and sold Valentine’s Day decorations to help support her family and eventually send her daughter, Ayala, to college. “My mother sacrificed herself every day,” Ayala wrote. “Even though she was tired and all she wanted was to rest, she made sure her children had something to eat and did [their] homework. She cares more about her children than about her own life. Even though my mother has to fight the language barrier every day, that does not stop this wonderful woman from making a difference. For my mother there are no such things as obstacles.”

A resident of Spokane, Knight was described by her daughter Aubrey as a strong, intelligent and loving woman with a “desire to learn and better herself that has never stopped.”
“I hope I can be half the mother she is when my turn to raise children comes along,” Aubrey wrote. “I want her to see herself through the eyes of a stranger for one day and recognize the truly amazing woman she is.”
Aubrey praised her mom because Knight has fought cancer on three occasions with “no sign of fear or tears that could be found on her face in front of her children…she never let the amount of financial insecurity of our household ever show to us kids.”

Le was described by her daughter Ann as “the hardest working person I know.” Originally from Vietnam, Le came to the United States with her children during the Vietnam War.
“For the very reason that she sacrificed [during] her life for our education, I know that my goal in life is to fulfill that dream of hers,” Ann said. “She does not realize that her determination to teach us about our culture is changing my life path and the type of person I want to become. Taking the time to just sit down and talk has allowed me to learn more about my life than any academic education I have ever received.”